Uunchai : Rajshri Big B starrer to be co produced by Mahaveer Jain and Boundless Media 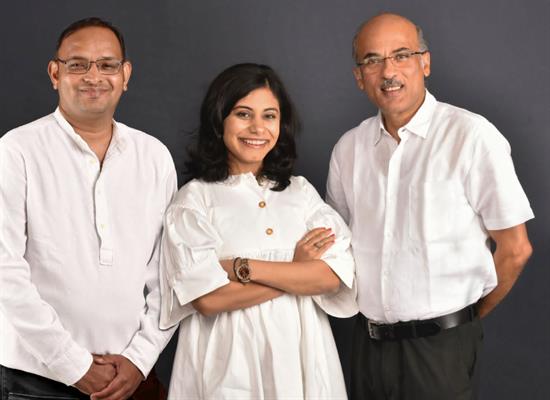 Since the start of its shoot in October 2021, Uunchai has stayed in the entertainment news for its veteran star cast. Headlined by Amitabh Bachchan, Anupam Kher, Boman Irani, and other notable names, Uunchai is seasoned director Sooraj R. Barjatya’s next offering. It will be the 60th film produced under the banner of Rajshri Productions (P) Ltd. and has been extensively shot in Nepal, Delhi, Mumbai, Agra, Lucknow, and Kanpur. The shoot for the film has been completed.
The film promises to be a journey that explores the nuances of friendship. “Filmmaking is all about great teamwork and coming together of strong forces who think alike and share a common vision,” says Sooraj R. Barjatya.
Rajshri has welcomed on board Mahaveer Jain of Mahaveer Jain Films and Natasha Malpani Oswal of Boundless Media as producers for this ambitious project.
Mahaveer Jain is an industry stalwart and shares a long-standing relationship with the Rajshri family. Mirroring the excitement at Rajshri, Mahaveer Jain added “Uunchai is more than a film, it’s an experience! It is an honour for me to associate with Sooraj ji on his film. It’s a wish of a lifetime come true! I am proud to be a part of the film.”
Completing the panel of producers for Uunchai, is Natasha Malpani Oswal, the founder of Boundless Media, a creative house that makes new-age content for audiences across the globe. “My experience on the sets of Uunchai, is something I will carry with me forever. Sooraj ji is a constant source of inspiration. It gives me great joy to be able to work with such senior talent for Boundless Media’s Bollywood debut!” Natasha exclaimed.
Uunchai marks director Sooraj R. Barjatya’s 7th directorial venture. Like all Rajshri films, taking the legacy forward, Uunchai promises to be a complete family entertainer.
Tags : Mahaveer Jain Uunchai Amitabh Bachchan Anupam Kher Boman Irani