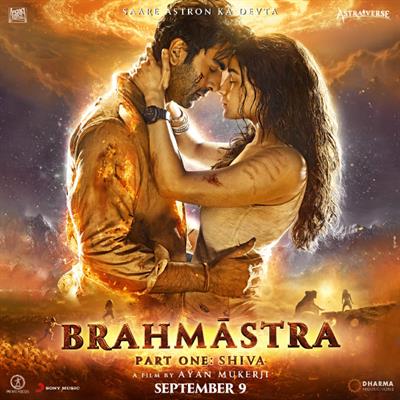 Shiva & Isha… together they bring light to our universe! ❤️✨ Ayan Mukerji shares the glimpse of soulful 'Kesariya' song from the movie along with this love poster. Brahmāstra Part One: Shiva releases on 9th September 2022
Directed by Ayan Mukerji, Produced by Fox Star Studios, Dharma Productions, Prime Focus and Starlight Pictures the magnum opus will release theatrically on 09.09.2022 in 5 Indian languages – Hindi, Tamil, Telugu, Malayalam and Kannada with a stellar ensemble cast of Amitabh Bachchan, Ranbir Kapoor, Alia Bhatt, Mouni Roy and Nagarjuna Akkineni.
Check out Ranbir Kapoor and Alia Bhatt starrer Brahmāstra Part One: Shiva releases on this date below:

Ayan captioned, "Love is the Light!’ Part One: Shiva… is what this first chapter of Brahmāstra is now called. But for the longest time, it used to be…Part One: Love. Because at its core, Brahmāstra is about the Energy of Love. A Love - that spread like Fire, beyond the Movie, and into Life. So here it is, our Love Poster ! The Time feels Right for it… There is some extra love in the air these days ! :) (And with it, a little piece of the magic of Kesariya, Pritam (Dada), Amitabh Bhattacharya, Arijit…) Shiva & Isha. Ranbir & Alia. Love - The Greatest Astra! 💥 #happytimes #kesariya #brahmastra"