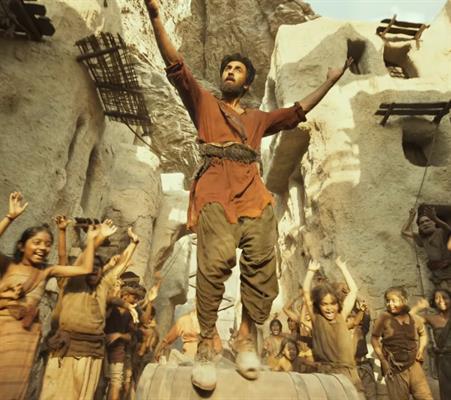 The makers released a brand new song on Wednesday. Titled Ji Huzoor, the song features Ranbir Kapoor in a super fun avatar.
The song is sung by Aditya Narayan with additional vocals by Shadab Faridi. It is composed, arranged & produced by Mithoon, who has also penned the lyrics of the song.
Ranbir in one of his characters Balli, dancing his heart out as he bonds with kids. Ranbir will be playing dual roles in the film. While one character is the intense Shamshera, in which the actor will be seen sporting a full-grown beard and long hair, the second one is Balli, which is a fun, quirky character.
Check out Ji Huzoor song Shamshera below: