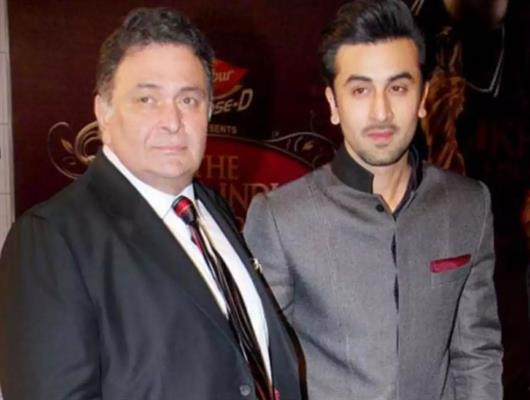 Superstar Ranbir Kapoor, is playing a larger than life quintessential Hindi film hero with the action entertainer Shamshera. Ranbir, who is coming to the big screen four years after he delivered the blockbuster Sanju, reveals his father Rishi Kapoor’s advice when he chose acting as his profession in a candid social media Q&A in which he revealed many secrets about his life

Ranbir reveals what the iconic Rishi Kapoor told him, “Don’t take success to your head and failure to your heart. What I’ve really understood now after so many years in the industry is do films that appeal to a larger audience.”

In this endearing video, Ranbir also admits that he is a complete Mama’s Boy, his favourite films are Shree 420 & DDLJ, how he feels Ajab Prem Ki Ghazab Kahani is his most underrated movie, reveals his biggest pet peeve and what makes him smile the most, among other unknown facts.

The story of Shamshera is set in the fictitious city of Kaza, where a warrior tribe is imprisoned, enslaved and tortured by a ruthless authoritarian general Shudh Singh. This is the story of a man who became a slave, a slave who became a leader and then a legend for his tribe. He relentlessly fights for his tribe's freedom and dignity. His name is Shamshera.

The high-octane, adrenaline-pumping entertainer is set in the 1800s in the heartland of India. It has the big promise of a never seen before Ranbir Kapoor, who plays Shamshera in the film! Sanjay Dutt plays Ranbir’s arch-enemy in this huge casting coup and his showdown with Ranbir will be something to watch out for as they will ferociously go after each other with no mercy