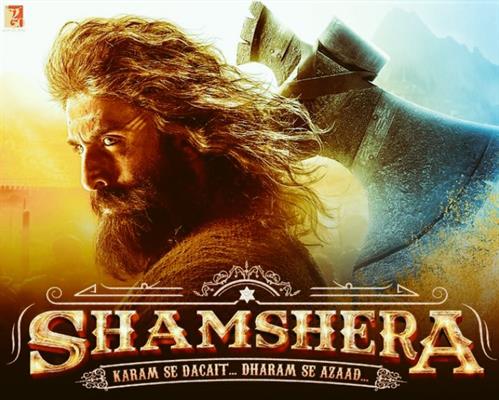 "We wanted to create a new immersive cinematic experience for audiences with Shamshera. To achieve that, we spent a lot of time visualising what the world would look like and, with the minutest attention to detail, started building the world of Shamshera brick by brick.
I knew it wouldn’t be easy to make a visual spectacle featuring dacoits on horseback. I only realised the task at hand when we started shooting, despite all the prep we had put in. What helped the most was the intricate detailing of each frame of Shamshera before we shot the film.
The storyboard captured it all. The visual narrative that we all relied on had taken over a year’s work to prepare and discuss and debate. Today, the entire team of Shamshera feels validated after seeing the love coming our way.

We wanted to create a visual experience like no other, and, starting today, I will be presenting you with a glimpse of what was visualised and sketched pre-shoot to how it turned out post-shoot for you to understand the amount of work that has gone in to make the vision of Shamshera into a reality. Thank you" - Director Karan Malhotra