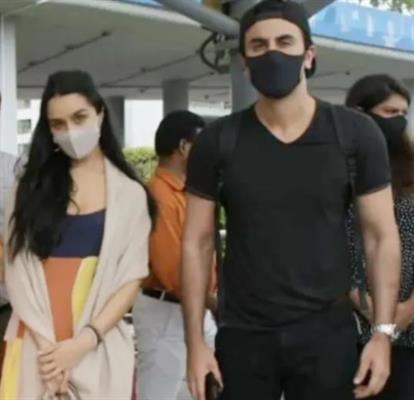 Ever since Luv Ranjan announced his film starring Ranbir Kapoor and Shraddha Kapoor, fans have been eagerly waiting to see this pair on the silver screen.
The stars have been shooting for the film for quite some time now. Ranbir was shooting for the film even at the time he was getting married to Alia Bhatt. But, today we bring to you images, straight from Spain of this fresh Jodi who seems to be shooting for a song amidst beautiful locales.
We can see Ranbir Kapoor dressed in a sheer white shirt with a tinch of blue on it. The actor paired it with white coloured jeans too. Ranbir completed his look with black shoes. The choreographer seems to be teaching both him and Shraddha Kapoor the dance steps and was seen dancing with the actor while Shraddha looked at them. 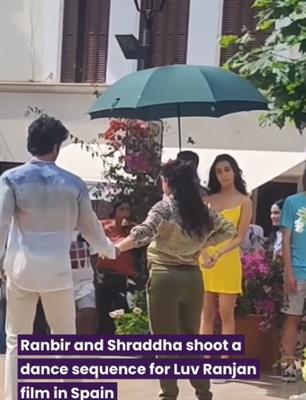 The actress on the other hand looked lovely in a yellow short dress as she stood under the umbrella. The tunes that we can hear in the background, we bet will already get you excited.