Ranveer Singh is all about celebrating his wife Deepika Padukone 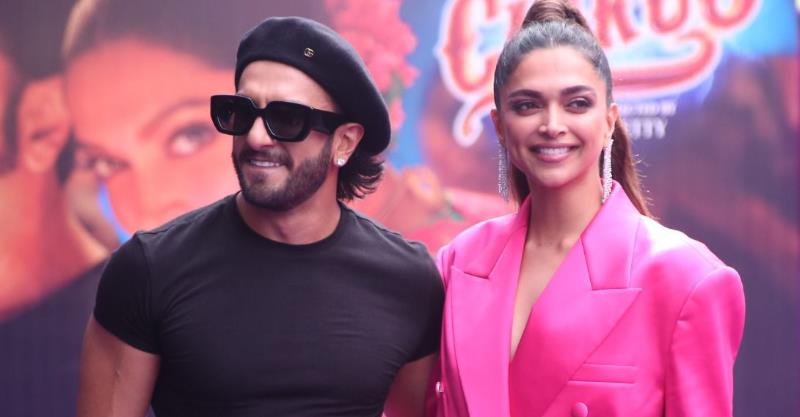 It is a known fact that Superstar Ranveer Singh has been one of the biggest cheerleaders of his wife Deepika Padukone throughout her career. They are one of the most loved and celebrated power couples of India. Ranveer and Deepika have come together after 9 years for a dance number, 'Current Laga Re', which has already been announced as the MASS song of the year.
At the launch where Deepika was getting appreciation for her moves and expressions, Ranveer could not stop praising and hyping his wife. He said, "I have been a fan and admirer of Deepika's work before I even got to know her. She has put in some really fine performances throughout her filmography, but for me the highest rated is Meenamma from Chennai Express.
On being asked by a journalist, "Deepika is the Queen of Entertainment. According to you, what makes her that and off screen is she a queen as well?"
Ranveer, in reply, said, "Yes, she very much is the queen of entertainment. I think 15 years of a glorious career having showcased an immense amount of versatility across genres giving such special films, special characters, and special performances as I said before none better than Meenamma in Chennai Express. So the tagline is very apt the queen of entertainment and definitely like I said queen of my life also. She has a very endearing and humorous side to her which only I get to see, it is specially reserved for me. So most certainly not just the queen of entertainment but the queen of everybody's hearts."
He further added, "I feel in like if you can crack comedy as an artist then you have opened up and unlocked a completely different dimension. Up until Chennai Express, we didn't even know Deepika's humorous side and her impeccable comic timing. I have seen Chennai Express twice in the theatres and innumerable times otherwise it's a cult classic. She really showcased a different side of her repertoire and after so long we got to see a glimpse of it in this song. This humours, joyous, joie de vivre, colourful, vibrant side of Deepika which only "bhai" (Rohit Shetty) is able to bring out is my favourite avatar of hers. I love to see her in this mould the most."

Ranveer's love and admiration for Deepika is giving us major couple goals and we cannot wait to see them together in theatres this Christmas!