Jayesh Bhai Jordaar Trailer Out: Ranveer Singh to save his unborn girl child from society 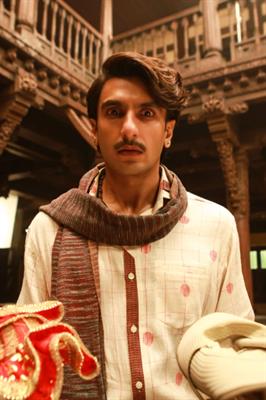 Superstar Ranveer Singh has an incredible body of work having acted in films like Band Baaja Baaraat, Ram Leela, Bajirao Mastani, Padmaavat, Gully Boy, Simmba, 83, to name a few. His generation-defining performances in these projects coupled with his ability to deliver humungous blockbusters, has made him the number one actor of his generation.
Ranveer’s next is Yash Raj Films’ Jayeshbhai Jordaar, a big screen Hindi entertainer that will present a new brand of hero and heroism that is rare in Indian cinema. The actor is making a huge statement by saying that the highly anticipated ‘Jayeshbhai Jordaar is a film with the biggest heart’ in his stellar body of work in which he has collaborated with the biggest directors of the country!
Ranveer says, “I have been blessed and fortunate to have found remarkable scripts that have stood out and touched people. I’m grateful for them and I’m also proud of the work that I have done to bring those roles to life on screen. It has taken everything out of me but I have always believed that if I have to be the best actor-entertainer of the country, then I have to do things that no one would attempt doing.” He adds, “Jayeshbhai Jordaar is a film that I have relished being a part of because it has again pushed me to shape-shift into becoming a character with absolutely no reference point in Hindi cinema. You have not seen a character like Jayeshbhai.
He is not your typical hero. He discovers heroism when he is pushed to the brink and he is, according to me, one of the most lovable heroes in the history of Hindi cinema.” Ranveer further says, “Hopefully, Jayeshbhai will change the definition of heroism on screen and hopefully leave an important message to people in the most entertaining and hilarious fashion. Jayeshbhai Jordaar is undoubtedly a film with the biggest heart in my body of work. It will make people laugh, cry, ponder and feel really, really warm when they see a feel-good film whose hero is the most innocent and honest person that you have met in a long, long time.”
About what he loves about the character of Jayeshbhai and his expectations from the film, Ranveer says, “He is quick witted and he has his heart in the right place. The script is just remarkable. You don’t find these films every day. Jayeshbhai is a rare product. It has certainly turned out to be really special. I hope we manage to entertain everyone with this film because it is really meant for everyone to enjoy.
It is a community experience with your friends and families. You will know when you see this trailer. It is a celebration of human spirit which will fill you up from within when you experience it on the big screen.”
The trailer begins with a girlchild complaining to the sarpanch (Boman Irani) about the alcoholism problem and eve teasing near schools, requesting a ban on alcohol. However, his outrageous solution to the problem is that girls must stop using scented soaps in order to provoke men. Ranveer Singh decides to nod along with every verdict of his father and an aggressive mother (played by Ratna Pathak Shah). However, the course of Jayesh's actions changes over time (and for the better) when he learns that his wife (Shalini Panday) is expecting.
Check out Jayesh Bhai Jordaar Trailer below:

The much-awaited Yash Raj Films’ Jayeshbhai Jordaar, also starring Arjun Reddy fame Shalini Pandey, who debuts on Bollywood’s big screen opposite Ranveer, has been directed by debutant Divyang Thakkar and produced by Maneesh Sharma. The film is releasing on May 13, 2022 worldwide.