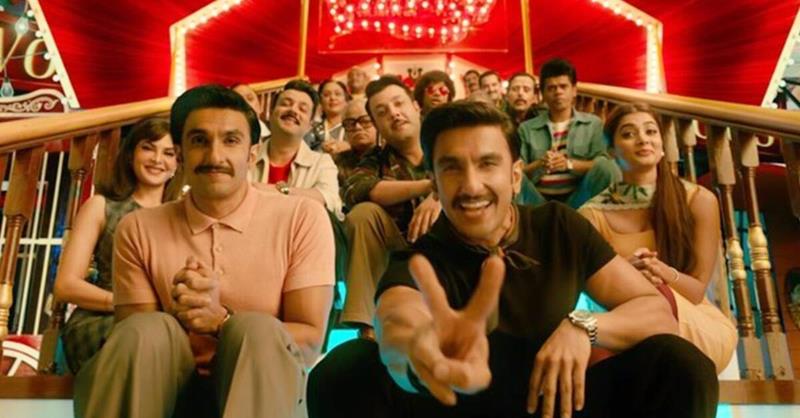 Cirkus teaser is finally out. Ranveer Singh shared on Instagram, “Welcome to our world! Trailer coming out on 2nd December!,” along with a list of quirky emojis. The film is inspired by Gulzar-Sanjeev Kumar film Angur, which in turn is an adaptation of Shakespeare’s Comedy of Errors.
The teaser of ‘Cirkus’ has the film’s ‘ensemble’ cast sitting on staircase and speaking about the film. The teaser stars with the veteran actor Sanjay Mishra announcing, “Ladies and gentleman, Welcome to the sixties”. This is followed by the rest of the film’s cast drawing a comparison between today’s times and the sixties’s era, which also happens to be the film’s premise. The film’s cast include Siddhartha Jadhav, Johnny Lever, Sanjay Mishra, Mukesh Tiwari, Vrajesh Hirjee, Ashwini Kalsekar, Murali Sharma and Tiku Talsania. The icing on the cake is however Ranveer Singh in double role. Giving him company is Varun Sharma, who is also seen in a double role. The film’s teaser also shows the film’s leading ladies Pooja Hegde and Jacqueline Fernandez looking gorgeous as always.
The teaser also revealed that the trailer drops on December 2.

Cirkus is set to release on December 23.