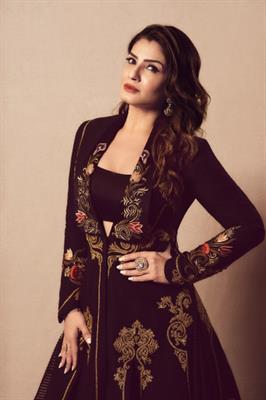 From PETA to UNICEF, Raveena Tandon has always been involved in philanthropic work. The actress, who was seen in the film 'Maatr' that dealt with crimes against women, has been also vocal about social issues and causes.
Based on girl child abuse, a crime that has been existing in our society and often ignored because very few could gather courage to lodge compliant or take any legal action against the offenders.
National award winning actor Raveena Tandon feels, "Without sensationalizing, Saif firmly puts his point across which will create awareness in our society."
Saif's Yes Papa talks about the safety of children in our society, which is our democratic and fundamental right. "Playwright and theater director turned filmmaker Saif Hyder wanted to tell this story in a different manner. ”I was certain that conventional storytelling would not do justice, so I created a world that would disturb my audience and they would feel the undercurrent," says director Hasan.
Mainstream actors like Shraddha Kapoor, Jackie Shroff, Sonali Kulkarni and veterans like Zeenat Aman, director Akash Khurana and director Abhishek Chaubey and Bharat Dabholkar also voiced in favour of Saif's film.
This monochrome feature film stars Ananth Narayan Mahadevan, Geetika Tyagi, Tesjaswini Kolhapure and Nandita Puri in pivotal roles.
On the other hand, it is known fact that besides Maatr, Raveena Tandon has been a part of many films which reflects the reality of the society like Daman (on domestic violence), Satta (on politics) among others.
Maintaining that the films are a reflection of the society, she however also stated that like any other art, for films too, the type of movie and type of society also matters.
Tags : raveena tandon yes papa