Reema Kagti gets inducted into the Academy’s Writers Branch! 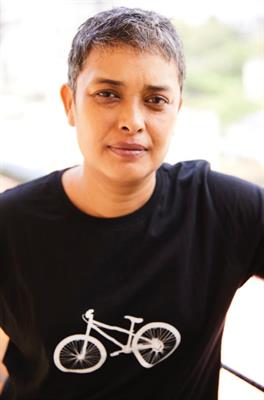 Writer-director-producer Reema Kagti has been recognized by the Academy and inducted into the Writers Branch of the Academy’s Class of 2022.
With this Reema joins other recipients including ‘King Richard’ writer Zach Baylin, ‘Basic Instinct 2’ writer Henry Bean, ‘Ocean’s Eleven’ writer Ted Griffin, ‘You’re Not You’ writer Jeremy Roberts and ‘Poltergeist’ writer Micheal Grais amoung others. She is also the only Indian writer to be part of the branch as the Academy of Motion Picture Arts and Sciences announced its 397 member invitations across branches.
The Membership selection is based on professional qualifications, with an ongoing commitment to representation, inclusion and equity. This year's class of invitees includes 71 Oscar nominees, including 15 winners.
Reema Kagti is known popularly for having Co-penned the screenplays of ‘Zindagi Na Milegi Dobara’, ‘Talaash’, ‘Dil Dhadakne Do’, ‘Honeymoon Travels Pvt Ltd’, ‘Made in Heaven’ and ‘Gully Boy’, India’s official entry to the Oscars and also founded the production house and content studio ‘Tiger Baby’ along with Zoya Akhtar, who was also inducted into the Directors Branch of the Academy Class of 2019.
Aimed at creating content that addresses our social context and transports viewers into another person’s reality, Tiger Baby has gathered a diverse and intriguing talent pool and boasts of an exciting slate with The Archies, being their first solo production.
Tags : Reema Kagti