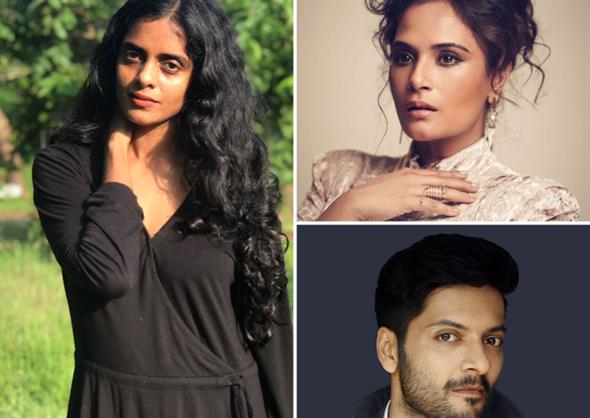 After their star studded wedding reception last month, actors Richa Chadha and Ali Fazal celebrated by taking their first production, 'Girls Will Be Girls', on the floors in Uttarakhand. The film which is being directed by debutante Shuchi Talati has already been in the news for the various prestigious grants it has received this past year.
The story is set in a boarding school in a small town in the Himalayan foothills and follows a 16 year old Mira, whose rebellious coming of age is hijacked by her mother who never got to come of age. Earlier this year, the film won the Arte Kino prize and the VFF Talent Highlights Award at the Berlinale Co-Production Market. Pushing Buttons Studio had also conducted a free lighting workshop called UnderCurrent for women who wish to become gaffers in the industry in June 2022.
Multi-award winning Malayalam actress Kani Kusruti has been roped into play the lead role. She has won the prestigious Kerala State award, Filmfare award, the Rome Prisma Award and the BRICS international awards in the past and is a name to reckon in the world of independent cinema. The film will also mark the debut and launch of two new young actors, Preeti Panigrahi and Kesav Binoy Kiron who will be essaying the lead roles alongside Kani.
Tags : Richa Chadha Ali Fazal