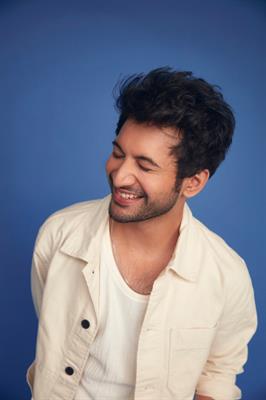 After making hearts melt in Mismatched, India’s most desired crush Rohit Saraf is ready to take it yet another notch higher! The nation’s favourite crush is all geared up to step into Shahid Kapoor’s shoes and take the Ishq Vishk mantle forward with the spiritual sequel Ishq Vishk Rebound! Known to have an ardent fan following of girls, Ishq Vishk Rebound has left fans gushing with excitement.
Just the announcement of the film has been enough to get them to begin the countdown to watch Rohit Saraf step into his power and give love the ultimate upgrade ever!
Speaking about this exciting new announcement, Rohit Saraf said, “Today, as I share what I’ve known for a few months, with the world, I realise no matter how hard I try, my imagination could’ve never done justice to every emotion I feel at this moment. ‘One day’ is the most beautiful place I’ve ever been in – reassuring, empowering, incredibly happy – and I’m never leaving! Thank you to every single one of you, who have loved, supported and held me as I crawled and took baby steps the past 8 years.”
Today, Tips Films Limited announced the second instalment of the film starring Rohit Saraf, Pashmina Roshan, Jibraan Khan and Naiala Grewal. A Nipun Avinash Dharmadhikari directorial, Ishq Vishk Rebound is being produced by Ramesh Taurani and Jaya Taurani under the banner Tips Films Limited. The film has already hit the floors and the announcement has piqued the interest of Rohit’s massive fan-base across the nation.
Meanwhile, Rohit Saraf also has other exciting projects like Mismatched Season 2 and Vikram Vedha on the horizon.
Tags : Rohit Saraf Shahid Kapoor Ishq Vishk Rebound