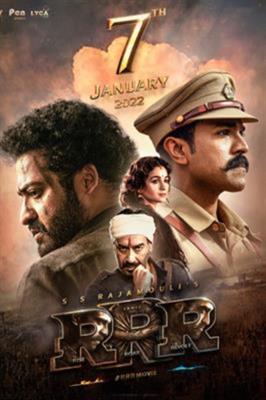 MCU of the world’s here we have SSRCU (SS Rajamouli's Cinematic Universe) for U.

RRR Glimpse is here and now we want it to watch right now.

The makers of RRR shared a teaser of the film and if this is the start then b e ready for an amazing extravaganza onscreen.

Take a peek inside our #RRRMovie.

Set in the 1920's it’s a an epic fiction of two legendary freedom fighters - Alluri Seetharamaraju and Komaram Bheem.

Check out the RRR glimpse here:

RRR is scheduled to be released theatrically on 7 January 2022.