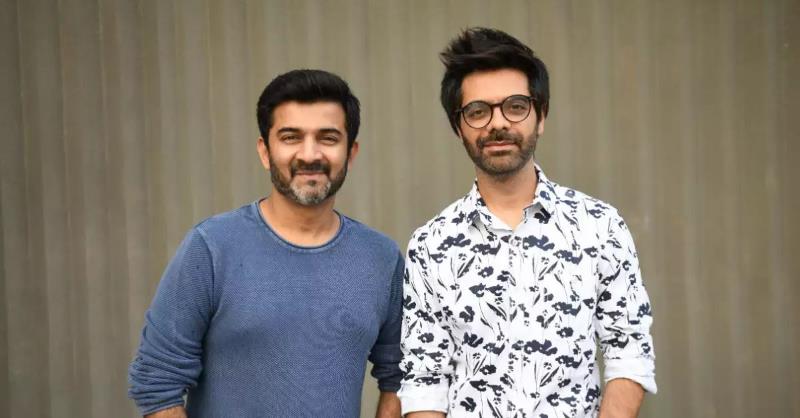 Music composer duo Sachin-Jigar released their track 'Apna Bana Le' from the Varun Dhawan and Kriti Sanon-starrer 'Bhediya' on Saturday. The track, a love song, has an interesting back story to it as the composers travelled to Dubai to conceive it.
Sachin and Jigar explained: "We wanted to stick out our neck for this song because love songs always enjoy a longer shelf-life. Sometimes, they outlive the film that they belong to. We went to Dubai with Dinesh Vijan, Amitabh Bhattacharya, and director Amar Kaushik, to seek inspiration away from the hustle bustle of Mumbai and it did happen."
Describing how the song came into existence, Sachin said "Jigar sang something from top of his head during that trip and Amitabh went crazy saying, 'Lock that lock that! That's our song'. So, I feel a song has its own destiny about where it comes from and where it lands."
The composers approached this song from a different angle as they merged the elements of Indian classical with an edgy music production for the song.
Explaining the idea behind taking this different route for the song, Sachin said: "For the texture and the fabric of the production of 'Apna Bana Le' we wanted to keep it edgy and as relevant as possible. The essence of the song lies in the sweet pain that comes with the feeling of falling in love."
Jigar further added "The tune also has an Indian vibe to it with semi-classical texture. But, we diluted the heavy Indian influences of the song with edgy music production of the track. I feel a soulful melody always travels to the heart of a listener compared to other tunes."
'Apna Bana Le' has been crooned by Arijit Singh. The duo have earlier worked with Arijit for songs such as 'Valam' from 'Made In China' and 'Meet' from the Kangana Ranaut-starrer 'Simran'. Interestingly, both the composer duo and Arijit have assisted music director Pritam.
Talking about collaborating with Arijit once again, the duo said: "He is a true artist, a genuine musician and extremely humble. The best quality about Arijit is that he knows how to get right into the composer's mind. And hence, the last four lines of this beautiful love song are commendable. We have had the best times of our lives working together on this song and we how this association blossoms and many more hit songs are made in the future."
Tags : Sachin-Jigar Bhediya Kriti Sanon Varun Dhawan