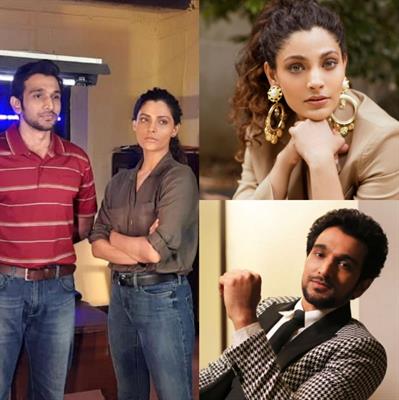 Saiyami Kher is one busy girl, with two major projects of hers coming up. There are talks of the actor collaborating with Pratik Gandhi for her next project. Pratik is best known for portraying Harshad Mehta in Sony Liv series Scam 1992.
“Saiyami and Pratik are collaborating on the project, which will be produced by Excel Entertainment and directed by Raees movie director Rahul Dholakia. The film title is Agni which also stars Divyendu Sharma as one of the leads. The film is based on firefighters. While not much of the details of the project are known, the shooting already started this month. Most of the shooting will be happening in Mumbai and Delhi,” says a source close to the team.
Last year both the actors collaborated for a podcast titled Gangistan which is streaming on Spotify. Excel Entertainment, the production company of Farhan Akhtar and Ritesh Sidhwani, has produced movies like DIl Chahta Hai, Gully Boys etc, and the last one being KGF Chapter 2. Saiyami will soon be seen in the third instalment of popular web series Breathe into the Shadows and a film Ghoomer, both opposite Abhishek Bachchan. The film is captained by R Balki.
Tags : Saiyami Kher Pratik Gandhi