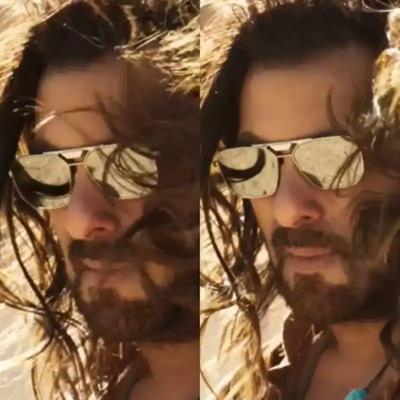 Bollywood Bhaijan Salman Khan celebrated his 34th year in cinema and announcing his next film. Salman shared the title and his look from the film on his social media pages along with a video thanking his fans for showering him with love for the past three decades.
The video shared by Salman featured the text, “34 years ago was now and 34 years later is also now…My life’s journey began from nowhere, made up of 2 words, now and here. Thank u for being with me then which was now, and thank you for being with me now, Really appreciate it, Salman Khan.” After the words of gratitude appears Salman who is sporting shoulder-length hair and sunglasses for his character in the movie.
Check out the video below.