When Salman Khan met his first love after 32 years 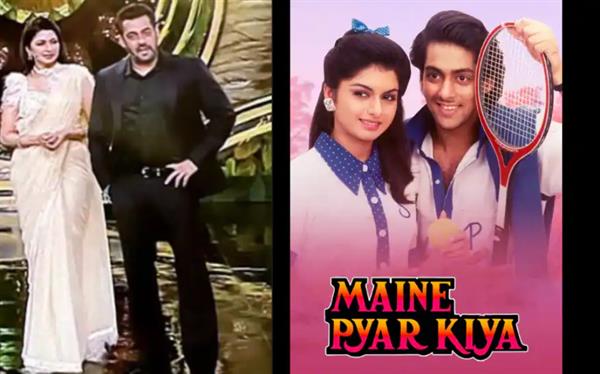 Now, before you people start thinking wild and go crazy, we are talking about Salman Khan’s first love on screen bolo toh in films.

Salman Khan got reunited with her first love on screen Maine Pyaar Kiya co-star Bhagyashree for the promotions of Meenakshi Sundareshwar at Big Boss!

Meenakshi Sundareshwar, an uncommon story of a long-distanced arrange marriage, starring Sanya Malhotra and Abhimanyu Dassani brought together by Vivek Soni is out now on Netflix! Recently the lead pair visited the Big Boss house for the promotions of the film.

But that's not all, Big Boss 15 saw Maine Pyaar Kiya actors Salman Khan and Bhagyashree together. Bhagyashree was the special guest on the reality show on Saturday night. She along with Salman was seen recalling some shooting moments from their movie. Both actors recreated those moments from the movie once again.

Besides this, the actress also talked about her son Abhimanyu Dassani and his latest film Meenakshi Sundareshwar. Sanya Malhotra, who plays the lead opposite Abhimanyu in the film, also joined the mother-son duo on the stage. More so, Abhimanyu and Sanya entered the house and played a task with the contestants. They asked them to pick a contestant they would like to maintain a safe distance in the house. 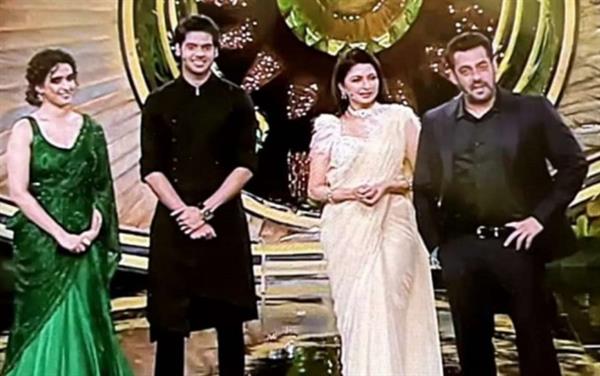 The romantic drama - Meenakshi Sundareshwar is directed by Vivek Soni and produced by Dharmatic Entertainment and is streaming on Netflix.