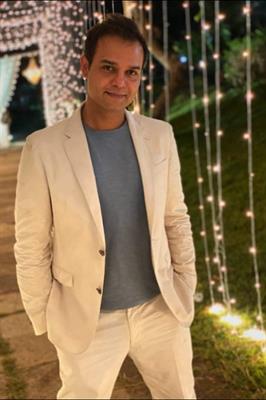 After having made a long standing impact in the film, OTT and television world, One Life Studios (OLS) is getting set to make a mark in premium sports entertainment as exclusive global media licencing and syndication partners for the 3rd season of India’s most anticipated tennis event : Tennis Premier League (TPL).

What takes this to a whole other level is the fact that the league is meant to see some of the bigwigs of tennis supporting various teams starting with former Wimbledon champion and currently the coach of world No 1 tennis player Novak Djokovic, Goran Ivanisevic and now Sania Mirza.

Both these biggies, along with others soon to be announced, will be seen supporting and mentoring their respective teams - Sania Mirza for the Bengaluru Spartans and Goran Ivanisevic for the Rajasthan Tigers. Both are expected to be seen on the courts as well when their teams compete in this never seen before 20 point team sport format of the game.

Speaking about supporting the Bengaluru team, Sania Mirza says, "I am very happy to be associated with tennis premier league and my team Bengaluru Spartans has my full support and guidance. What truly attracted me to this league is its unique 20 point format and how interestingly they have made tennis a team sport. I am always happy to build, promote and strengthen tennis as a sport in our country as it is the need of the hour. Tennis has given me everything and I thought tpl is a wonderful opportunity for me to give back to the sport and all the talented budding players of our country. We have some great upcoming talent in our country and it's great that tpl is giving a platform to these players to rub shoulders with professional national and international players".

Talking about the league becoming one of this year's most lucrative properties to market, OLS's head honcho Siddharth Kumar Tewary says, "TPL's new, fast paced 20 point format and Kunal and Mrunal’s unending efforts over the last couple of seasons have already brought TPL into the sporting zeitgeist. With support from tennis legends like Goran, Leander and now Sania, TPL has become one of most sought after properties amidst potential media partners. We have already received a terrific response from numerous media platforms who would like to give the league's effort a global audience footprint. TPL will not just be a treat for avid tennis lovers like me but, with the right syndication partners, will also give birth to a whole new segment of audiences who will tune in and enjoy the new 20 points team format."