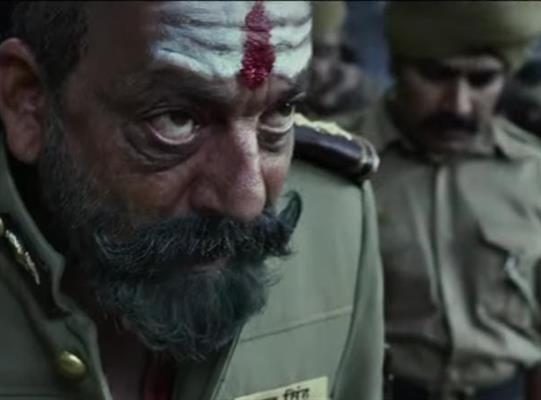 Never missing up on bringing thunderstorms with his strong presence on the screen, Sanjay Dutt has always stolen the show with his impactful roles. His filmography is the proof, that speaks aloud about his strong characters and his upcoming 'Shamshera' is just another storm with which the actor is about to create a whole new rage.
Sanjay Dutt is definitely one actor who has marked his unique presence in the industry with some of the most strong characters in his films. Be it Khal Nayak, be it Rocky from Rocky, be it Kancha Cheena from Agneepath, be it Ahmad Shah Abdali in Panipat, or Adheera from KGF2, the actor has nailed it all with his strong screen presence. And now with 'Shamshera' he is ready to bring up another smashing and strong character on the screen.
As soon as the teaser, of Shamshera, has been released, the audience is stunned to see Sanjay Dutt's, ravishing avatar. Hard to hold the excitement, the fans flooded the comment section while praising his killer look in the teaser. 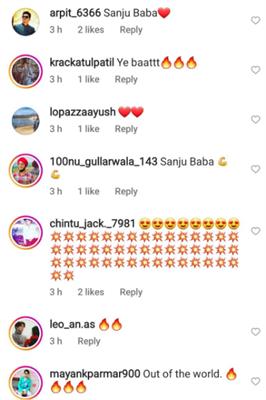 The comments read -
"Babaaaaaaa what a look😍😍😍😍🔥🔥🔥🔥"
"Bawal look baba"
"Best Villain🔥🔥"
'🔥🔥🔥🔥bhot hard"
"Baba killing it again with new look....baba fire hai tum🔥🔥🔥🔥"
"Love you paji😍🔥"
"Smashing🔥"
"This is insane... can't wait..."
Other than Shamshera, Sanjay Dutt's exciting lineups have, Ghudchadi, and Baap. Apart from that, there are a lot of other projects that he is working on which has not been announced yet.
Tags : sanjay dutt Shamshera