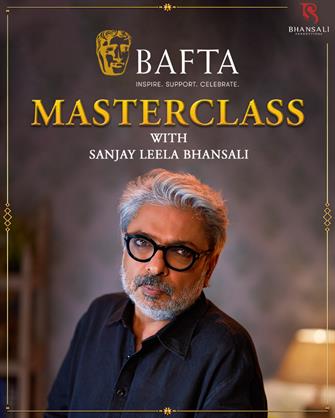 Sanjay Leela Bhansali has officially started a British Academy Film Awards (BAFTA Awards) campaign for his acclaimed film Gangubai Kathiawadi, starring Indian actress Alia Bhatt in the lead role.
The 76th British Academy Film Awards, the UK’s biggest celebration of global excellence in film, will take place at the Royal Festival Hall in London in February 2023. As part of the campaign, Gangubai Kathiawadi will be submitted for BAFTA members’ consideration in all categories including Best Film, Director, Adapted Screenplay, Leading Actress and Film Not in the English Language.
Gangubai Kathiawadi had its World Premiere at the 72nd Berlinale International Film Festival in February earlier this year, where it received a standing ovation and rave reviews. The film went on to earn a total of over $23 Million (£19.9M) at the global box office.
After a successful worldwide theatrical run, the film premiered on streaming platform Netflix landing at No.1 (Non-English Film) in the first week. The film also stayed in the Top-10 trending movies list in more than 25 countries for several weeks. It has become the second most viewed non-English language film on the streamer globally to date.
No stranger to the coveted awards ceremony, Sanjay Leela Bhansali’s Devdas, starring Shah Rukh Khan and Aishwarya Rai Bachchan, was previously nominated at the 56th BAFTA Awards as the Best Foreign Language Film.
Gangubai Kathiawadi was added to the official screening calendar for BAFTA voting members in October. Sanjay Leela Bhansali will be visiting the British capital for numerous events to support the campaign. He will share valuable insights into his three-decades-long career at a BAFTA Masterclass on 28th November..
Bhansali is known for his striking sets and grand storytelling with a huge roster of credits including Black (2005), Saawariya (2007), Padmaavat (2018), Ram Leela (2013), Bajirao Mastani (2015), Hum Dil De Chuke Sanam (1999), Devdas (2002) to his most recent project Gangubai Kathiawadi (2022).
Speaking about the film and the love that is still pouring in, director Sanjay Leela Bhansali shared, “We are immensely blessed to have received so much appreciation for our film globally and we’re very excited to be part of the conversation this awards season amongst BAFTA voters”
The enthused actress Alia Bhatt who was lauded for her performance says “It is a great  honour to take Gangubai Kathiawadi to the world stage and it gives me nothing but joy to be on this journey with Sanjay Sir. The world has shown the film a lot of love and appreciation and we are excited to receive this love in the UK as well”
About the film:
The critically acclaimed Gangubai Kathiawadi is based on the book “Mafia Queens of Mumbai”. The film celebrates the rise of a simple girl who was duped and sold to a brothel. She had no choice but to embrace the ways of destiny and swing it in her favour. She becomes the voice of the suppressed and makes it her mission to try and legitimize a tainted profession that dates back to ancient times.
Gangubai Kathiawadi is produced by Sanjay Leela Bhansali and Dr. Jayantilal Gada (Pen Studios). Co-Produced by: Prerna Singh. Worldwide release by Pen Marudhar and music on Saregama.
Tags : Sanjay Leela Bhansal Gangubai Kathiawadi Alia Bhatt