Sanya Malhotra shares the secret of tackling with challenging scenes in HIT: The First Case 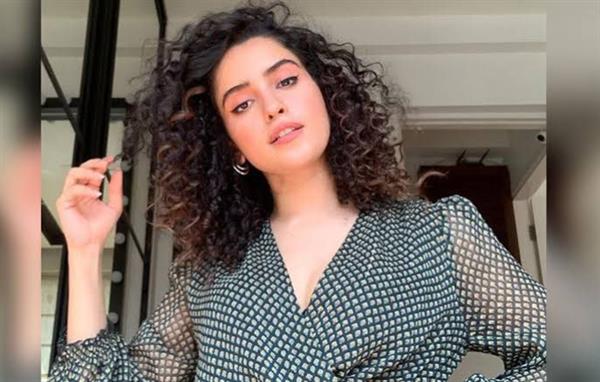 Sanya Malhotra is ready to hit the big screen with the most entertaining suspense thriller of the year HIT: The First Case which also stars Rajkummar Rao. The recent romantic song, ‘Kitni haseen hogi’ has struck the right chord with the audience's hearts. Sanya and Rajkummar share a loving chemistry in the film which will be a sheer treat for their fans. As soon as the makers dropped this romantic number, it won hearts nationwide.

It’s the first time that Sanya will be seen playing the role of a forensic lady. Talking about the difficulties during the shoot of this film, Sanya shared “ To be honest, when you're working with actors like Rajkumar Rao, it becomes more collaborative. You just have to follow their lead and react to what they're doing beautifully. So, I never felt anything was too challenging or difficult for me and also the credit has to go to Rajkummar Rao because he is not only a good actor but a brilliant co-actor too. So, it never felt like I'm in a scene reciting my dialogues or anything and it never felt that way because it all felt so natural and all felt conversational to me as an actor.”

Unfold this alluring chemistry between Rajkummar Rao and Sanya Malhotra only in HIT: The First Case.