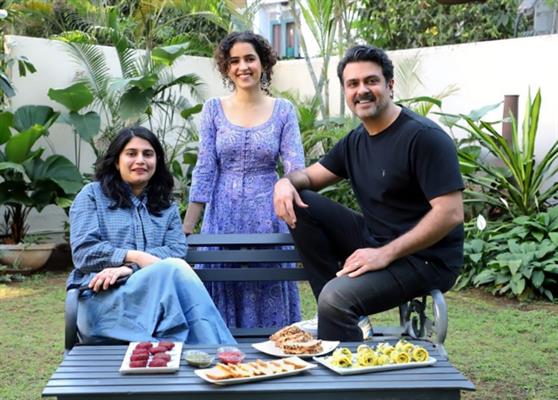 Sanya Malhotra, the powerhouse actor teams up with creator-producer, Harman Baweja, the emerging voice behind compelling stories, in yet another thought-proving narrative. While the buzz around the Hindi remake of The Great Indian Kitchen is already high, the duo have finally announced the much-anticipated project.

While sharing her excitement, Sanya Malhotra said, "As an actor, I could not have asked for a better character than I would essay in The Great Indian Kitchen. I am more than excited to start working on my role because there are so many layers and nuances to it. I am looking forward to working with Harman and Arati."

The force behind the project, Harman Baweja, said, "There is a certain mystic quality attached to The Great Indian Kitchen. The story stays with you well after the film. I wanted to make it for a pan-India audience with the perfect balance between entertainment and content-driven drama. I am super excited to collaborate with Sanya & Arati.”

Filmmaker Arati Kadav said, "I am stoked to work with Harman and Sanya. There is such amazing synergy between us. It is one of the most tightly written scripts I have come across, and I am all set to to add my voice to the drama."

Baweja Studios’ Producer, Vicky Bahri said, “The Great Indian Kitchen is a very exciting remake and we are preparing to go on the floor soon.”

We are yet to get our hands on more details around the project and the rest of the cast.