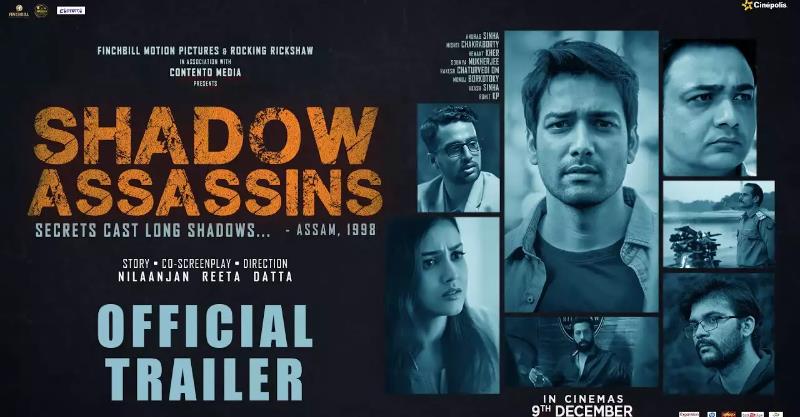 Assam's darkest phase was marked by a large number of secret killings or 'Gupta Hotya'. Many Assamese people of the day still remember those days and feel the chills down their spines.
Nillaanjan Reata Datta, the 2-time national award winner has decided to debut in the Hindi film industry with a thriller named 'Shadow Assasins' related to these 'gupta hotya' or secret killings. It is due to release in theatres across the country on coming Friday, that is December 9.
It is based on the facts revealed in the report given by Retd. Justice KN Saikia's Commission into the brutalities. But a writ petition to the Gauhati High Court in the year 2018 led to the declaration of this report as invalid.
The starcast include Anurag Sinha, Mishti Chakravarty, Monuj Borkotoky, Rakesh Chaturvedi Om,KP Sandhu,Hemant Kher and others.
Check out Shadow Assassins trailer below