Shah Ruk Khan gets upset after a fan holds his hand 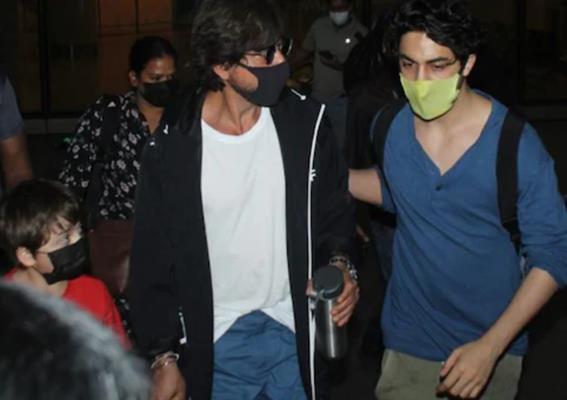 Bollywood king Shah Rukh Khan who returned to Mumbai on Sunday evening with his sons – Aryan Khan and Abram Khan.
A video of the superstar is now going viral on social media in which SRK is seen shrugging off when a man holds his hand while trying to take a quick selfie with him. The internet is amazed to see how Aryan behaved and immediately came to his father’s rescue.
Aryan Khan protected his father after a fan tried to grab the superstar's arms. In the video, Shah Rukh Khan can be seen holding his younger son AbRam's hand while Aryan walks behind them. The actor looks dashing in a white t-shirt paired with blue pants. He layered the look with a black jacket. On the other hand, his sons Aryan and AbRam also look uber cool in casual outfits.

Shah Rukh Khan gets angry, moves away after fan tries to hold his hand