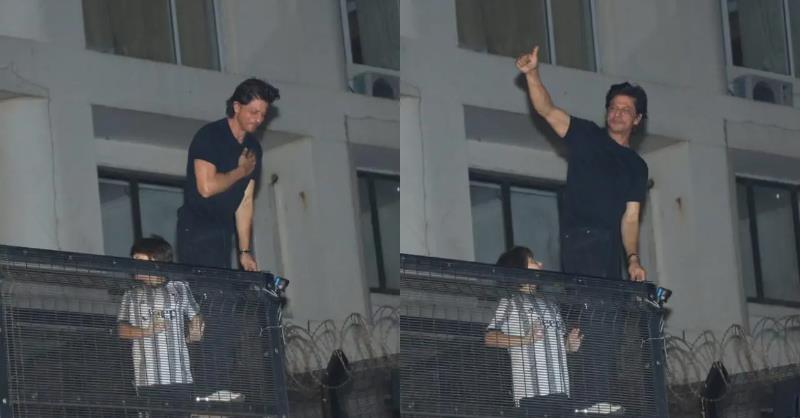 Baadshah king Shah RuKh Khan turn 57 today. SRK gave his fans a glimpse of himself as he made a rare midnight appearance outside his Mumbai home on his 57th birthday. On the occasion, Shah Rukh on Wednesday came to the balcony at Mannat and greeted his fans. He was joined by his youngest child.
Shah Rukh also did his signature pose by spreading his arms. He took a selfie with his fans from the balcony. Shah Rukh wore a black t-shirt with a pair of blue jeans. AbRam sported a white t-shirt and shorts. The actor spent time with his fans for over two minutes.
Shah Rukh Khan will be next seen in director Siddharth Anand's upcoming action thriller film 'Pathaan' alongside Deepika Padukone and John Abraham. The film is all set to hit the theatres on January 25, 2023, in Hindi, Tamil and Telugu.
Tags : Shah Rukh Khan