Shemaroo and IMEN come together to recreate Jamai Raja as a big scale action comedy. 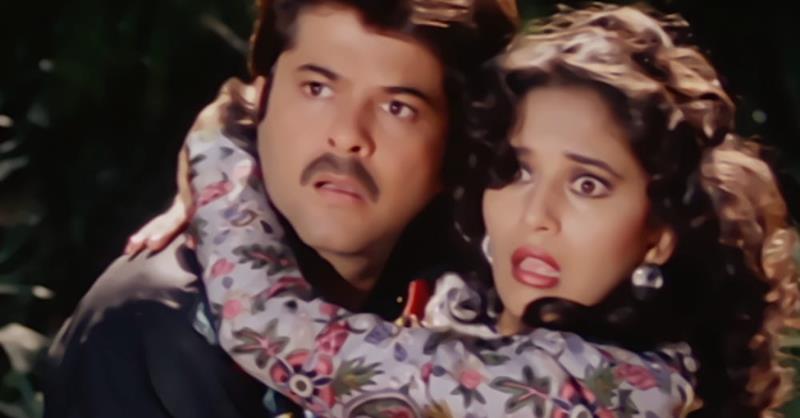 Shemaroo Entertainment, one of India’s leading Media and Entertainment company has collaborated with Indian Media Entertainment Network (IMEN) to reimagine the 90s laugh-riot, Anil Kapoor – Madhuri Dixit – Hema Malini starrer Jamai Raja. It was 32 years back on 19th October 1990 when the movie first hit the cinemas and the on-screen chemistry of Anil – Madhuri along with the tough mother-in-law portrayed aptly by legendary Hema Malini awed the audiences. On this auspicious occasion the decision to reignite the magic of the plot with more relevant script and screen play was taken by Shemaroo and IMEN. The cast and crew of the film is yet to be finalised.
Shemaroo Entertainment, which is celebrating its 60th year of entertaining India, has a huge content repository of more than 400 IPs with several classics as well. The organisation is looking to modernize old content by giving it a more relevant touch with youth connect. Jamai Raja, the massively famous comic drama is the first step in this direction. IMEN, who has an expertise in action films will adapt the screenplay to make it a fun-action pact movie.
Hiren Gada, CEO, Shemaroo Entertainment, said, "We have been the pioneers in innovating newer methods to entertaining India. It is imperative to keep evolving with the trends of the industry. Our first move in reintroducing old content to the contemporary audience is our partnership with IMEN for Jamai Raja. They have a proven expertise and the right acumen to develop enjoyable content and reinvent the classic on such a large scale."
Nilesh Sahay, CEO, IMEN said, “The majority of content consumed internationally is the action genre. It is our duty to produce the best action content for people to enjoy as a company that specialises in that genre. Shemaroo has long been associated with family entertainment, so I'm thrilled to collaborate with them to deliver 'Jamai Raja,' a large-scale action entertainer that will make people laugh hysterically and cry a little bit, in theatres. The movie will be produced in a big way, and I am sure the viewers will love it."
About Shemaroo Entertainment - Shemaroo Entertainment Limited is a leading Media and Entertainment player, which has played a pioneering role in the arena of content ownership, aggregation, and distribution. Shemaroo has been a core part of the Bollywood Industry and has managed to maintain many relationships with the best production houses over the years. With a diverse and growing collection of over 3700 titles, Shemaroo has offered premium content and services to customers in more than 30 countries, across several Indian languages. With the brand in existence for over six decades, Shemaroo continues to redefine itself to respond to the disrupting consumer environment, by delivering content across age groups in genres such as movies, comedy, devotional and kids. The company’s innate ability to sense the pulse of what an audience will consume, has not only helped it become a trusted partner to few of the biggest media platforms such as YouTube, Netflix, HotStar, Star Gold, Zee Cinema, Vodafone, Reliance Jio, Tata Sky, Apple iTunes, Etisalat, but has also helped Shemaroo create entertainment experiences, in ways never thought of. Today, Shemaroo has evolved to be an entrenched player in the digital ecosystem. Shemaroo also launched its own video streaming platform ShemarooMe in 2018 and recently in 2022, further strengthened its outreach in the broadcast business by launching Shemaroo Umang to the existing broadcast portfolio of Shemaroo MarathiBana and Shemaroo TV, which offers an exciting bouquet of highest TRP rated daily soaps to entertain the viewers across India
About IMEN - Indian media entertainment network is a boutique media house based in Mumbai. widely known as IMEN, the company was formed in 2017 by founder ceo Nilesh Sahay with the sole aim of creating action hybrid content and being genre specific. Since Nilesh SAHAY is the founder of www.amdb.in India’s pioneer action film portal that represents most international action talent in India it was the obvious step of IMEN to move into development creating distributing and syndicating action content. IMEN’s first feature film is SQUAD starring Rinzing Denzongpa the film is a co-production between IMEN and ZEE as part of a first look deal and is playing on zee cinema and zee 5
Tags : Shemaroo Entertainme Indian Media Enterta