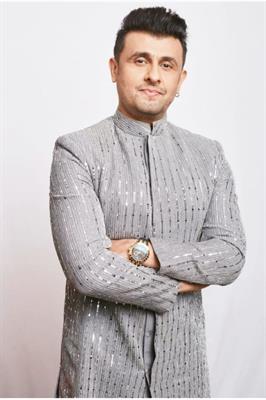 Apart from bringing memorable songs of the Nightingale of India, 'Naam Reh Jaayega’ is a fantastic show that the audience is eagerly watching to relive the memories of Lata Mangeshkar. She was indeed a great performer and owned the stage whenever she performed, but her path was truly a difficult one.
'Naam Reh Jaayega’ is a blissful journey for the millions of Indians that brings them close to the memories of Lata Ji. She was an artist in a true sense who had built her path to that stage after a number of sacrifices and fears that she had overcome through her journey. While sharing a story about Lata Ji's stage fear, Sonu Nigam said, "There was one stage performance that was in Detroit where Lataji was supposed to sing with Mukeshji but Lataji has no idea that her fear of stage will come back and the stage that took away her father once will also take away her elder brother as well. The demise of Mukeshji had a sad effect on Lata Mangeshkar and Lataji again stopped performing on stage."
With StarPlus’ 8 episode series ‘Naam Reh Jaayega’, eighteen of the biggest Indian singers including Sonu Nigam, Arijit Singh, Shankar Mahadevan, Nitin Mukesh, Neeti Mohan, Alka Yagnik, Sadhana Sargam, Udit Narayan, Shaan, Kumar Sanu, Amit Kumar, Jatin Pandit, Javed Ali, Aishwarya Majumdar, Sneha Pant, Pyarelal Ji, Palak Muchhal and Anwesha join hands to pay tribute to the legendary Lata Mangeshkar! Each episode airs on star plus at 7 pm, every Sunday. the show is conceived and directed by Gajendra Singh.
Tags : Sonu Nigam Lata Mangeshkar