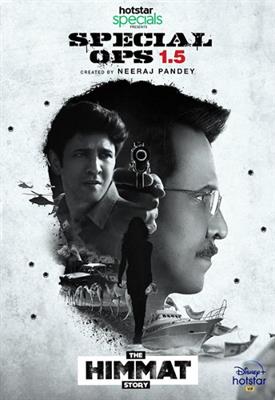 After the sensational success of the espionage thriller Special Ops, Disney+ Hotstar and Friday Storytellers present an all-new exciting extension to the shows universe with Special Ops 1.5: The Himmat Story.

Helmed by master storyteller and director Neeraj Pandey of Friday Storytellers, along with Shivam Nair the compelling narrative of this first of its kind prequel series will take the audiences back in time to unravel the formative years of agent Himmat Singh, essayed by much-acclaimed actor Kay Kay Menon.

Ever since the trailer of the show dropped online it has created a lot of excitement amongst the fans.  From the glimpse of the action, dark alleys of politics, to the picturesque locations had the audiences relishing the beauty of Ukraine and Mauritius. The show has been shot over the schedule of 30 days.

Talking about finalizing the right locations, director Neeraj Pandey shares, “A universe like Special Ops demands a scale and visual appeal to bring it to life. Since, the narrative spans across different time zones and geographies, locations play a key role in the overall storytelling. International locations like Mauritius and Ukraine not only add a visual appeal but are also extremely key to the script."

Special Ops 1.5: The Himmat Story coming only on Disney+ Hotstar on 12th November