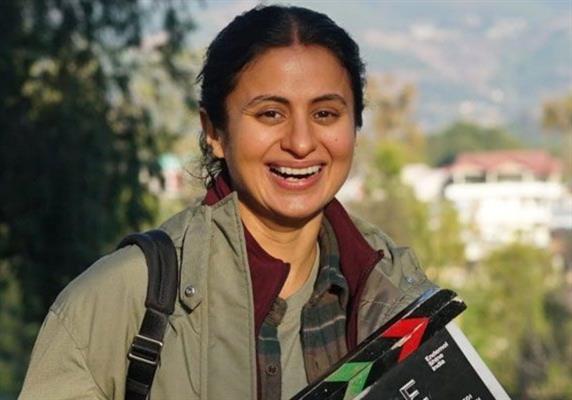 Stepping on aboard the creative bandwagon of compelling content on OTT, Mirzapur actor Rasika Dugal starts the shoot of the second schedule of Spike in Palampur, Himachal Pradesh. The schedule was earlier timed to begin on the actor's birthday - 17th January.

However, owing to the rising safety concerns with the third wave of COVID-19, the team at Spike postponed it.

The versatile powerhouse will stationed in Dev Bhoomi for five days. The said series marks her first sports drama that will witness her in the role of a volleyball coach.

Thrilled about learning new skills for her role, Rasika trained in volleyball for three months in Mumbai before she kicked off the shoot for Spike. The other exciting highlight for her is that the schedule rolls out amid the snowy hills of Himachal Pradesh. Although the third wave of the coronavirus is ebbing gradually, Dugal and the entire team of Spike observe all the necessary safety protocols during the shoot.

Rasika says, " After much back and forth, several obstacles and many efforts at realigning our dates...and our energies, we have finally managed to start the second schedule of Spike. As we inch closer to the end, I am curious about how this story will come together. I am always a tad nervous when I go back to a character after a break. But it's always great to embrace that nervousness and work with it. Lets see what experiences this schedule brings with it !. After all, the hills always inspire magic."