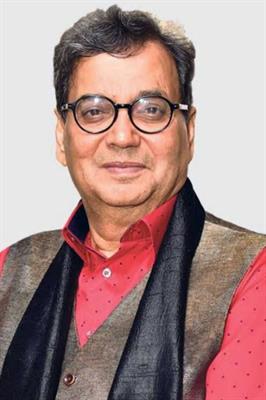 After contributing to Indian cinema with some of the biggest blockbuster successes such as Kalicharan, Vidhaata, Karg, Hero, Ram Lakhan, Khalnayak, Pardes and Taal among others, Subhash Ghai is all set to bring the family entertainer of the year first time for small screen - 36 Farmhouse.

Known to be the showman of Bollywood through his filmmaking skills, Ghai does not shy from producing big entertainers for home screen and has been involved with equal passion in the process throughout.

Also it marks Subhash Ghai's OTT debut as the film is all set to release on ZEE5.

The new venture is inspired by Ghai's endeavour to offer viewers content that a family can enjoy together. Well on his way to present the family-dramedy, the filmmaker remarks that he reinvented himself to cater to the need of entertainment on home screen that has seen a huge surge since the last two years, yet imbibing his beliefs of keeping family at its core.

Donning the mantle of a producer and story writer for 36 Farmhouse, Subhash Ghai says “It's great if one can reach out to viewers across the world, who have exposure to great content. 36 Farmhouse is sure to echo with the sentiments of the Indian diaspora worldwide because it has family issues today at its core and it also explores the dichotomy of the rich and the poor through an interesting lens.”