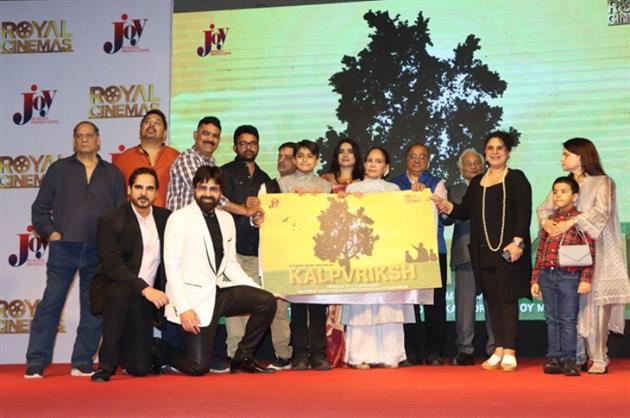 Sujoy Mukherjee son of Joy Mukherjee the Jhansi born heartthrob of the retro era - -  60’s, 70’s revived his father’s legacy - Joy Mukherjee productions with a grand launch at the ancestral Filmalaya Studio in Mumbai with the announcement of his upcoming “Kalpvriksh”.

The revival of Joy Mukherjee productions marked the foray of Royal cinemas into Bollywood with Sujoy Mukherjee ‘s debut “Kalpvriksh”.

By the announcement of “Kalpvriksh” Sujoy Mukherjee has taken the legacy forward of their family's banner “Joy Mukerji Productions”.

Sujoy Mukherjee has incorporated classic glimpses of the golden era in his debut film* “Kalpvriksh”, the elated Sujoy speaking on the legacy of his father Joy Mukherjee said,  “He was the joy of Indian cinema. To see him act in films was like going to an acting school, he was a gurukul. My father late Shri Joy Mukherjee has left a beautiful legacy which I would like to reintroduce”

Sujoy’s debut film “Kalpvriksh” as a director is the result of his long and interesting journey of exploring various departments in the industry. The plot of the film revolves around sufferings of parent’s vis a vis their over ambitious and selfish children.

The basic idea of the story was given by Anandji bhai of Kalyanji Anandji fame, story, screenplay & dialogues are by Sunil, Sudhir and Sujoy Mukherjee “I am making this film Kalpvriksh with the basic theme of not selling or destroying the properties and assets received in legacy from the elders” says Sujoy whose short film which is streaming on Disney + Hotstar Ab Mujhe Udnaa Hai carved its name on the trophy of 39 awards all over the globe and won Prestigious Dadasaheb Phalke International Film festival award for best short film. 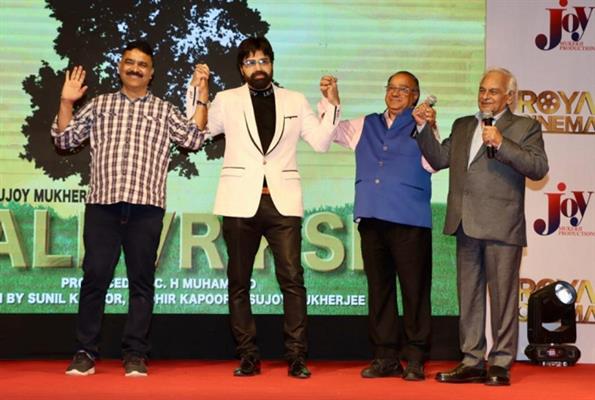 Ganga revolves an orphan from Lathipur, a small village in Uttar Pradesh. As things gets difficult, Ganga has to fight with enemies of society, evil and powerful Villains for the sake of the poor and oppressed... Ganga becomes a ray of hope and emerges as a grand Hero “I am honoured to be associated with Joy Mukerji Productions & Royal Cinemas. They are one of the oldest & amongst the flag bearers of our Indian Film Industry. My association with them for Ganga will only expand my audience base in different regions & fetch me a broader audience base"

C.H Muhammed of Royal Cinema, a writer, lyricist, producer with 2 blockbuster Malayalam films, one of them being superstar Mammootty starrer Masterpiece & Mamta Mohandas starrer To Noora With Love to their credit says* "Our association is a collaboration of established banners of the Indian Film Industry. Together we aim to venture into unexplored realms of film making by experimenting with new themes and subjects”

Both Sujoy & Dilip are constantly involved in developing new revolutionary experimental thoughts and unique ideas to present Indian films in an international frame. As filmmakers who are full of ideas, Sujoy & Dilip envision delving into revolutionary and untrammeled areas and are able to discover their inner self using the limitless possibilities and scope of cinema. 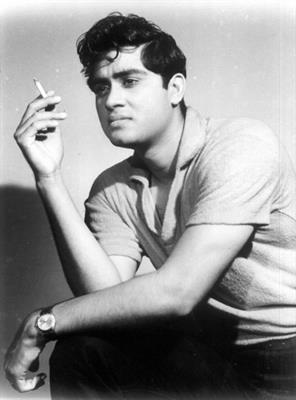 Born in Jhansi Joy Mukherjee was an Indian actor and filmmaker. He was the 'heart throb of the 1960s and 1970s'.

Joy debuted opposite Sadhana in the film Love in Simla (1960), directed by R. K. Nayyar.

Sujoy Mukherjee has finally listened to his heart, Dil Ki Aawaj and decided to revive his father legacy Joy Mukherjee’s productions with Kalpvriksh.