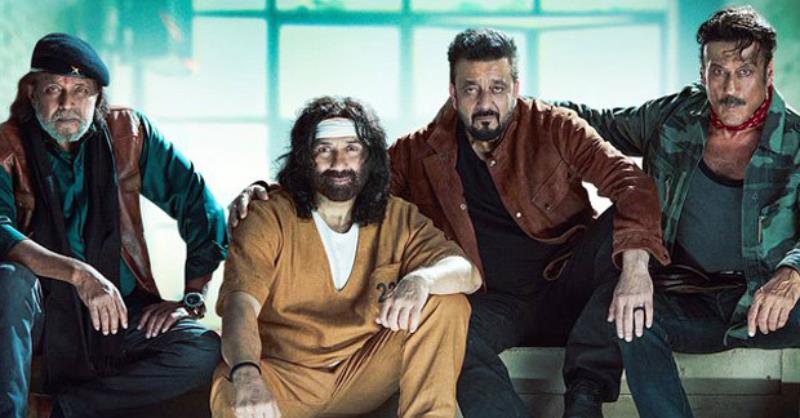 We hear that Sunny Deol, Jackie Shroff, Sanjay Dutt and Mithun Chakraborty are all set to come together in one film and it will also feature veteran actor Mithun Chakraborty.
The first look of the four stars was posted on social media earlier today. The look of Sanjay Dutt in this picture reminded us of him from his 2000 films like Kaante and Plan whereas Jackie featured in his 90s popular look, where he sported a small scarf tied around his neck.
The look had Sunny donning a bearded, long hair look whereas Mithun Chakraborty was seen in a salt-n-pepper look. While the title of the film is kept under wraps, the makers revealed that it will be an action entertainer.