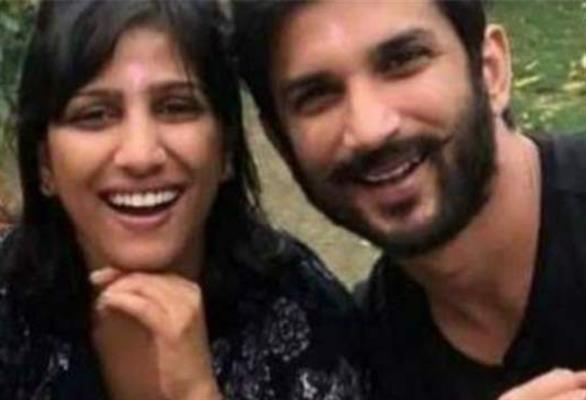 Sushant Singh Rajput sister Priyanka Singh has made things clear on the said movie on SSR.

The death of Sushant Singh Rajput on June 14, 2020, in Mumbai was the most shocking incident in Bollywod and since then the voice for justice of SSR has been echoing with a chorus.

The unconfirmed reports of a movie/biopic on Sushant Singh Rajput has been making rounds.

SSR’s sister Priyanka Singh has made it clear that no movie on his brother should be made until justice is delivered.

A  biopic on the late actor shouldn’t be made until justice is delivered. “I firmly believe that no movie on SSR should be made, at least, not until justice is served. This is my promise to my brother, artist, genius @sushantsinghrajput. Secondly, who has the capability to enact SSR’s handsome, innocent & dynamic persona on screen, I wonder!!! Thirdly, it can only be illusory to expect that anybody from this insecure film industry has the courage & integrity to truthfully portray SSR’s outrageously unique story where he always followed his heart; left the most dominant & dynastic of production houses, at the peak, on his own terms,” she added.

Priyanka Singh revealed that his brother desired to do his own biopic. “Lastly, my brother wanted to do his own biopic if it is ever made, and with emergence of AI technology, there is no reason why this can’t be reality in near future. #justiceforsushantsinghrajput #sushantmonth,” she wrote.