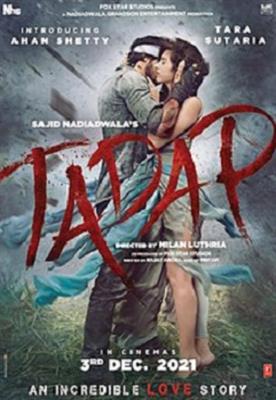 The makers just dropped the release date of its trailer. Taking to Instagram, Tara Sutaria and Ahan Shetty introduced each other's characters from their upcoming film Tadap.

The Lover Boy of the year

Tara wrote, "The Lover Boy of the year. Presenting @ahan.shetty as Ishana."

The official trailer of Tadap will be released on October 27, at 1 pm.

Is a romantic action drama film directed by Milan Luthria and produced by Sajid Nadiadwala .

Tadap is a remake of the Telugu film RX 100 (2018), the film stars debutant Ahan Shetty and Tara Sutaria.

The film is scheduled to be released theatrically on 3 December 2021.