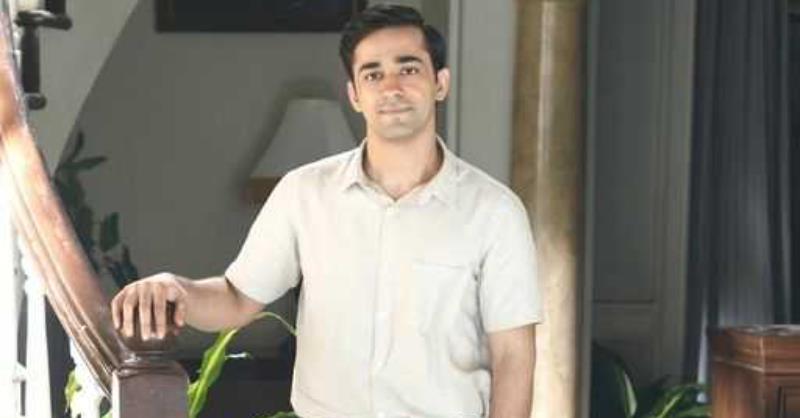 Anuj Saini took to his social media pages to share his first look poster from the movie Gandhi Godse-Ek Yudh with his audiences and friends.
Anuj Saini sharing  his first look from Gandhi Godse-Ek Yudh, says, Dreams do come true….So so so happy & emotional to share my first look from my first film #GandhiGodseEkYudh. Thank you so much everyone for your constant love & support. A big thank you to my director Mr Raj Kumar Santoshi Sir @rajkumarsantoshi.official for believing in me. See you at a big screen near you. Save the date 26th January 2023
Anuj Saini is set to deliver a phenomenal film based on the ideologies of Mahatma Gandhi and Nathuram Godse. Anuj will be playing the role of a young boy opposite Tanisha Santoshi and has an interesting yet crucial role in the film.
Anuj Saini who is known  & seen in many brands ads  with all the big stars of bollywood is now all set to make his big Bollywood debut in this Rajumar Santoshi film ‘Gandhi Godse-Ek Yudh’ with Tanisha Santoshi,Deepak Antani and Chinmay Mandlekar star as Mahatma Gandhi and Nathuram Godse , the film also includes actors Pawan Chopra, Sharad Singh in the film.
Anuj made all the heads turn up by sharing the screen space with bollywood actors like ranveer singh, alia bhat, janhvi kapoor, pankaj kapoor, rakul preet, Mrunal Thakur, Lilette Dubey ect he also done songs with Jacqueline Fernandez, Dhvani Bhanushali, Neha Kakkar, Shaan, Stebin Ben. The young star is an actor who is popularly known for many ads brands like coca cola, uber, amul, hdfc, kfc, mc donalds etc featured in 80+ tv commercials.
Anuj was just 21 when he stepped into the world of glamour in 2017, and since then the actor has had no way of looking back. Anuj Saini is one such actor who is climbing the ladder of success and has established his name and place in the entertainment field with his immense hard work, cuteness,sincerity and dedication that garnered the audience's affection. This young talented actor bagged his first film within 3 years of moving to bombay because of the sheer talent and  he already signed the 2nd film before the release of the first film Gandhi Godse which is slated to go on floors in March 2023. The actor has definitely made a place in the heart of the audience at a very young age.
Anuj Saini will continue to charm people with his hardwork and set the bar high for himself with everything he will be doing . Anuj will start his second feature film with his first music video director Mr Prradip Khairwar's untitled Rom- Com which will also feature Kashika Kapoor. Anuj has also signed one more film this year.
Anuj Saini who is one of the youngest and the most talented actors in Btown has made a mark for himself in the industry and exudes an air of innocence, cuteness and pure honesty. We look forward to seeing more of him in upcoming years.

Gandhi - Godse Ek Yudh. The film depicts the war of two opposite ideologies between Mahatma Gandhi and Nathuram Godse. Releasing in cinemas on January 25, 2023. Gandhi - Godse Ek Yudh is set between 1947 and 1948. The film is produced by Manila Santoshi under Santoshi's Production House and Music is by famed composer AR Rahman with sound design by Resul Pookutty and it's set to be released in theatres on January 26, 2023.The actor dropped his first look of the film on his social media pages.