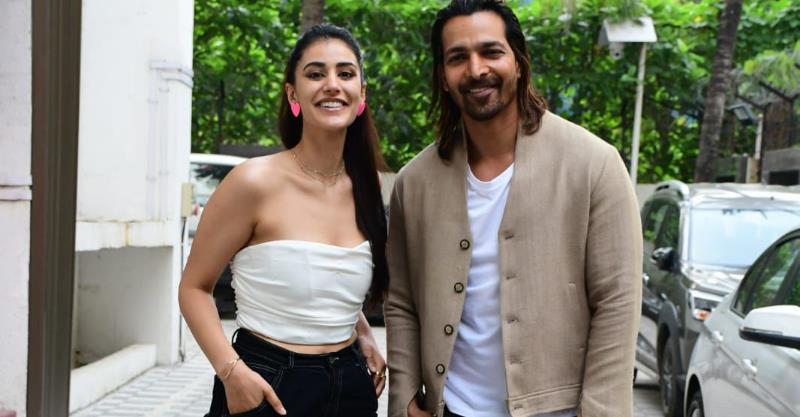 Tara vs Bilal, a unique love story is soon to hit the theatres near you. While the film is receiving some great response from audiences all over India, be it the trailer or the songs of this film. It's been nothing but pure love for Harshvardhan Rane as Bilal and Sonia Rathee as Tara.
T-Series along with John Abraham is producing this film under JA Entertainment, speaking about the experience of being associated with John Harshvardhan expressed, “Two things, one is John Abraham Entertainment as producers and the other is T-series as producers.
An actor can be rest assured that when a product is coming out of JA entertainment, it will have a certain quality and when a product is coming out of T-series, it'll have a certain level of music which is two very big pillars of a film. As an actor, I was extremely lucky and happy when these two pillars were around me in this film.”
Actress Sonia Rathee added, “John did not visit the sets because we were shooting in London but he did face time, especially Minakshi quite a few times. Every day he used to receive the raw footage and we used to get his feedback, he was quite involved. He has this beautiful quality of being involved and knowing what is exactly happening by giving you that space to explore and create so, I have to give him that. In terms of learning, he is an example in himself. He is so humble and so down to earth and seeing his journey and seeing that he is a self-made star there is so much to learn and know that we have such a long way to go.”
Gulshan Kumar & T-Series present  A T-Series Films, JA Entertainment and TVB films production  Tara  Vs Bilal Produced by Bhushan Kumar, Krishan Kumar, and John Abraham; Directed by Samar Iqbal is set to release on 28th October 2022
Tags : Tara Vs Bilal John Abraham T-Series Harshvardhan Rane Sonia Rathee