The film has given me friends for life says HIT: The first Case actor Rajkummar Rao 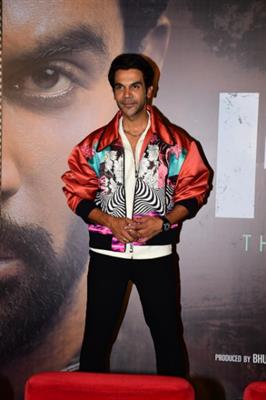 From the music of the film to the intriguing suspense in the trailer has ignited extreme excitement amongst the masses to watch the film. The film highlights Rajkummar Rao as a police officer- fighting his own demons and Sanya Malhotra as forensic officer.
Speaking about his takeaway from the film Rajkummar added ,” The film has given me friends for life, and HIT: The First Case is just the beginning of the journey, if God allows us there will be HIT: The second case and also HIT: The Third Case in a year or two.”
Gulshan Kumar and T-Series present in association with Dil Raju Productions HIT: The First Case. Directed by Dr. Sailesh Kolanu, the film is produced by Bhushan Kumar, Dil Raju, Krishan Kumar, and Kuldeep Rathore. The film starring Rajkummar Rao and Sanya Malhotra hits the theatres on the 15th of July, 2022.
Tags : Rajkummar Rao HIT The First Case