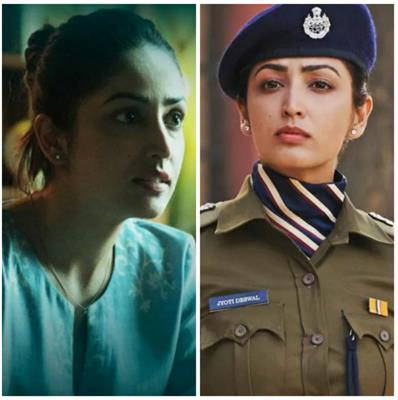 While a recent report revealed, 'A Thursday' being the most viewed film on the OTT streaming platform and 'Dasvi' receiving immense love from the masses, Yami Gautam Dhar is truly unstoppable in delivering the best on the screen. And seems like the actor does have a great 2022 while working on these films that she will cherish for her lifetime.
The audience is truly taken away by Yami's phenomenal acting in 'A Thursday' and 'Dasvi' which do play a special role in her life. While sharing her delight for such a successful and enriching year so far Yami shared “The first half of 2022 has been even better than how I had envisioned. Creatively, it has been very enriching and fulfilling so far.
‘A Thursday’ was a role I was craving to do because it was something I had never attempted before. When one's effort is acknowledged and appreciated in such a big way, it only encourages you to take bigger challenges and risks. I am still receiving messages for my performance in ‘A Thursday’ and it makes me happier beyond words every single time. Even ‘Dasvi’ added so much to me as an actor. Learning a new dialect, playing a cop were experiences that will always remain significant experiences in my journey when I look back.”
Meanwhile, on the work front, Yami has some very interesting lineup ahead with Lost, OMG 2, and other projects which she has worked on and the official announcement is yet to be made.
Tags : Yami Gautam Dhar A Thursday Dasvi