The Wheel Of Time: Why R Madhavan and Anushka Sharma are big fans? 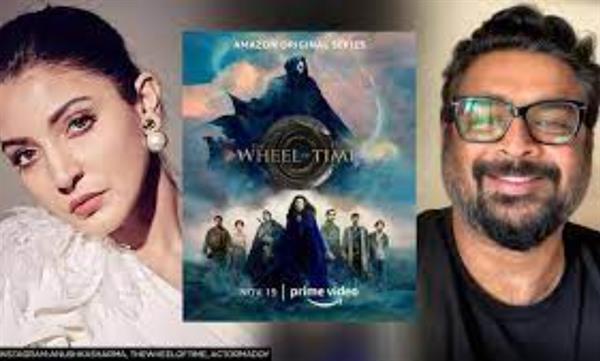 Just a week into the release, The Wheel of Time has already become one of the most talked about series of Amazon Prime Video. The epic fantasy series starring Rosamund Pike has received much appreciation from critics and fans across the world for its cinematic magnificence.

Joining the fandom are two multi-talented and phenomenal actors, R Madhavan and Anushka Sharma. Both the actors took to their social media to give the audience a sneak peek into the world of magic and fantasy. As these two forces come together to give a break down the in the world of The Wheel of Time, the excitement among the viewers has escalated to all time high.

The first three episodes of The Wheel of Time were released on Prime Video on November 19, 2021, following a weekly release of new episodes every Friday thereafter. The fantasy series is available in English, Hindi, Tamil and Telugu only on Prime Video.

R Madhavan on The Wheel Of Time