Tiger Shroff gave a hint upon taking the legacy of Bruce Lee ahead; Check out how! 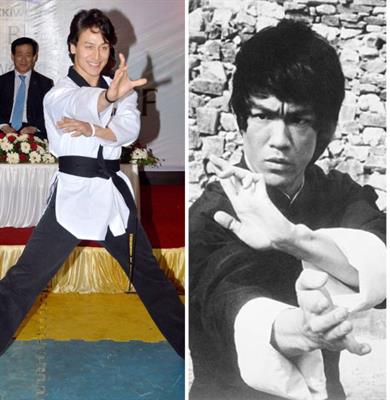 Tiger Shroff is undoubtedly a star who proudly owns the title of Youngest action hero in Bollywood. With his amazing action blockbusters, the actor has truly left a strong imprint of his personality on the audience. While the audience is eagerly waiting to see more from the actor, he has also got some exciting big plans to target.
Tiger has not only given some amazing action films but the actor has also created a league of his own in the action genre. The actor has been seen with a great ray of hope by the masses, as the one who can give an action of international level. The masses even considered him Bruce Lee. However, the actor also has some vision towards the same.
While he has been on an interview, the host asked whether he would be carrying the legacy of Bruce Lee forward to which the actor said "There are definitely some solid talks in the pipeline. Ever since Jackie Chan there hasn't been an action hero in this space at least,".
Talking about his future lineups, The actor does have a slate of some really high-on action film lineups to offer to the audience. With films like, 'Bade Miyan Chotte Miyan', Ganapath, and Rambo the actor is all set to rule the action arena in the near future.
Tags : tiger shroff Bruce Lee