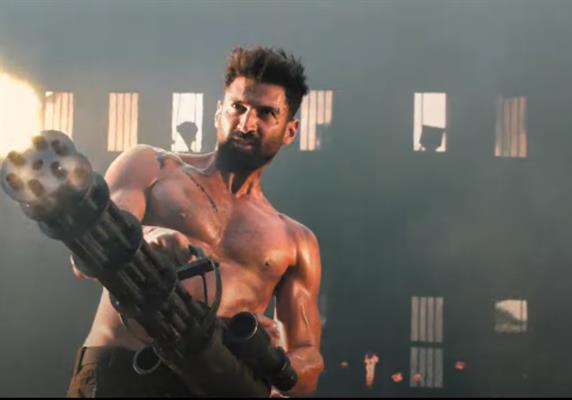 The most anticipated action drama ‘OM: The Battle Within’, starring Aditya Roy Kapur and Sanjana Sanghi is set to release on 1st July. The film’s trailer confirms the movie holds a powerful tale which will engage the viewers from the first scene.
Aditya Roy Kapur will be seen in an extremely valiant and aggressive role, performing undaunted daredevil stunts, firing guns and fighting to protect the nation.
The trailer also portrays actor Sanjana Sanghi in a never- seen avatar of her before, skipping the glamorous side Sanjana will be seen in an action-role for the first time ever on the silver screen, raising the action quotient of the movie.
The movie also features star cast like Actor Jackie Shroff, Prakash Raj, Ashutosh Rana and Prachi Shah in pivotal role.

Nation above all.
RASHTRA > RAKHT. #OM: The Battle Within trailer out now.

Zee Studios and Ahmed Khan present, A Paper Doll Entertainment Production, produced by Zee Studios, Shaira Khan and Ahmed Khan, 'OM -The Battle Within' is directed by Kapil Verma. The film is all set to release in cinemas on 1st July 2022.