Watch the trailer of RK/RKAY, an interesting tale dipping into the suspense of a lost character 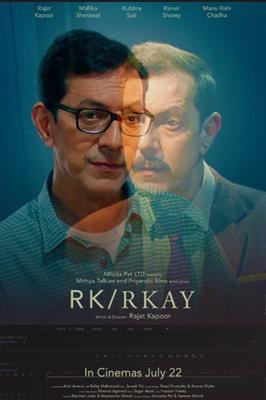 Made under the direction of Rajat Kapoor, the upcoming Indian moviemaking comedy, RK/RKAY is a story that will take the audience inside a mystery related to a film world. The trailer is out to leave the audience with suspense to watch out for in the movie.
The trailer of ‘Rk/Rkay’ depicts that the film is going to be an interesting tale of an anxious director (RK) who has finished shooting his new film which further takes a turn with a disturbing phone call from the editing room saying the protagonist of the film is missing from the film negatives. The story further goes into the world behind the scenes of the cinematic world where RK and his team go around to find the protagonist.
Watch the trailer here:
While the film is all set to hit the theaters on, 22nd July 2022, it has already marked its presence at several international festivals including Shanghai international film festival, River to River Festival in Florence, Bucheon International Fantastic Film Festival, Austin Film Festival, and Pune International Film Festival.
The film produced by Priyanshi Films (Priyam Srivastava and Harshita Karkare) stars MallikaSherawat, Kubbra Sait, Ranvir Shorey, Manu Rishi Chadha, Chandrachoor Rai, Abhijeet Deshpande, Abhishek Sharrma, Grace Girdhar, and Vaishali Malhara in key roles.
Nflicks Pvt. Ltd. (Nitin Kumar & Satyavrrat Gaud) Presents a Mithya Talkies & Priyanshi Films production ‘RK/Rkay’ written and directed by Rajat Kapoor.
Tags : RK/RKAY Rajat Kapoor mallika sherawat