The teaser of Two Sisters and a Husband is out and it looks intense. 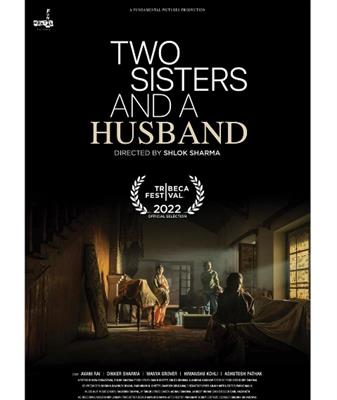 After Haraamkhor, Two Sisters and a Husband is the new feature film directed by Shlok Sharma.
The film is all set to make its World Premier at the prestigious Tribeca Film Festival in the category of International Narrative Competition. The Tribeca Film Festival was founded by Robert De Niro and Jane Rosenthal in 2001 to spur the economic and cultural revitalization of lower Manhattan following the attacks on the World Trade Center. Now in its 19th year, Tribeca is one of the most prestigious film festivals in America and across the globe in the same league as Cannes Film Festival, Toronto Film Festival, Sundance Film Festivals and likes.
Notably, Two Sisters And A Husband is the only Indian film at this festival this year, that too, in competition.
Two Sisters and a Husband is a delicate story that narrates the tale of two sisters who land themselves in a complicated space in love, and marriage. Featuring Avani Rai, Dinkar Sharma, Manya Grover, the teaser gives us a glimpse into the lives of these people and the complications that surround them in a twisted space. Shlok has co-written the film with Shilpa Srivastava and is produced by Fundamental Pictures along with his partner Navin Shetty.
Talking about the teaser and the movie, director and writer Shlok says, ‘The film is catching these characters at a particular time in their lives and then seeing them through it. And in the teaser, the idea is for people to see the tip of the iceberg.'

Shlok has been a long time associate of Anurag Kashyap was also the Second Unit Director of Gangs Of Wasseypur.