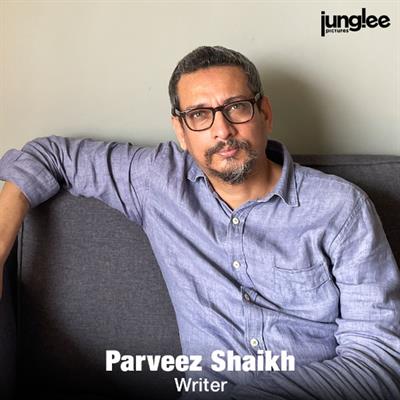 After enjoying box office success with one of the biggest family comedy-drama, ‘Badhaai Ho’, Junglee Pictures Limited, also known for producing high concept and entertaining films like 'Raazi', 'Bareilly Ki Barfi' and 'Talvar is all set with its next titled; 'Ulajh' a stylized espionage drama with high scale production.

To be fronted by an A list actress, the film is a high-octane female led spy thriller and is expected to be an edge-of-the-seat, visual delight with twists and turns. The studio has joined hands with director Sudhanshu Saria who won a National Award for his film Knock Knock Knock (2019). Sudhanshu has previously directed the critically acclaimed film “Loev” which is streaming on Netflix and is currently working on two series, one for each leading streaming platform, including the third season of Delhi Crime.

'Ulajh', penned by veteran writer Parveez Shaikh of ‘Queen’ and ‘Bajrangi Bhaijaan’ fame, is a script that has created quite some excitement and anticipation within the industry.

The film will be one of the few female-led espionage thrillers to be shot extensively in scenic international locations and is set to go on floors in 2022. The film follows a female protagonist from a prominent family of patriots, who gets embroiled in a dangerous personal conspiracy while far from her home turf on her first international posting.

Sudhanshu shares, “In a time of perfection and superheroes, it’s wonderful to have a script that dares to look at themes of failure and redemption in a relevant and gripping way. Parveez has written an edge-of-the-seat thriller with a phenomenal female protagonist, and I can’t wait to bring it to life for audiences worldwide.”

A spokesperson from Junglee Pictures added, "'Ulajh’ is a high concept script with a strong female protagonist, that promises to keep you gripped till the end. Action, drama and Sudhanshu's flair for showcasing unique concepts is the perfect mix for this thinking thriller and we are extremely excited to bring this stylized drama to the audiences".

Junglee Pictures is all set to enter 2022 with an exciting slate of films from various genres starting with ‘Badhaai Do’, ‘Doctor G’, ‘Woh Ladki Hai Kahaan’, ‘Dosa King’ and 'Ulajh' to name a few.