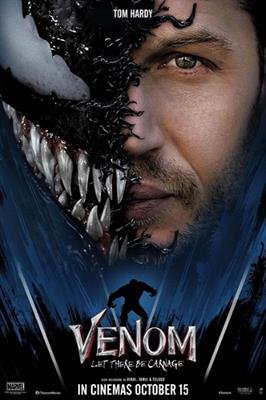 The indian box office collection of Venom : Let There Be Carnage is 3.71 Crore (GBOC) on Day 1!

Fans have showered their love to their favourite anti-hero and become the most preferred film this festive season.

Sony Pictures Entertainment India's 'Venom: Let There Be Carnage' has garnered an opening of Rs. 3.71 crores (GBOC) on its Day 1.

This marks a successful opening for any film post the opening of theatres in the country. With Dussehra today and the long weekend, the film is expected to have solid weekend.

About Venom: Let There Be Carnage

About Venom: Let There Be Carnage is a 2021 American superhero film featuring the Marvel Comics character Venom, produced by Columbia Pictures in association with Marvel and Tencent Pictures.

Distributed by Sony Pictures Releasing, it is the second film in Sony's Spider-Man Universe (SSU) and the sequel to Venom (2018).

The film is directed by Andy Serkis from a screenplay by Kelly Marcel, based on a story she wrote with Tom Hardy who stars as Eddie Brock / Venom alongside Michelle Williams, Naomie Harris, Reid Scott, Stephen Graham, and Woody Harrelson. In the film, Brock struggles to adjust to life as the host of the alien symbiote Venom, while serial killer Cletus Kasady (Harrelson) escapes from prison after becoming the host of Carnage, a chaotic spawn of Venom.

Venom: Let There Be Carnage premiered in London on September 14, 2021, and was theatrically released in the United States on October 1, 2021. It was delayed from an initial October 2020 date due to the COVID-19 pandemic. The film has grossed over $283 million worldwide

'Venom: Let There Be Carnage' releases in Maharshtra on October 22.

Also Read :After hitting at US Box office Venom: Let There Be Carnage set to conquer India