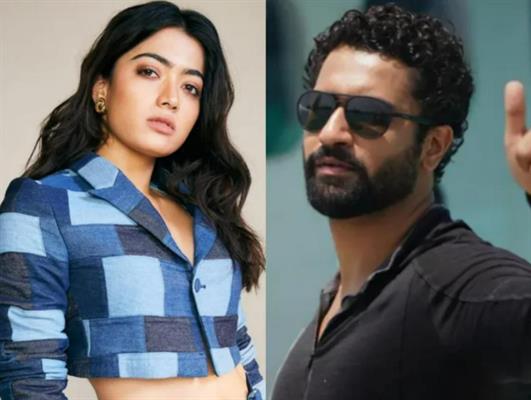 India's IT Girl Rashmika Mandanna and Bollywood star Vicky Kaushal have hinted towards sharing screen space yet again as the duo has shared adorable pictures from sets. Taking to her Instagram stories, Rashmika posted a picture of a ball on which she has drawn a face structure with eyes and, nose and mouth. Sharing the picture, the actress tagged Vicky and wrote: “Apparently, this is my look for you at shoot day.” 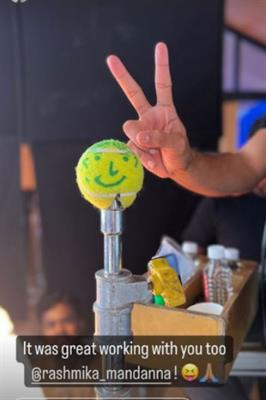 Meanwhile Vicky reshared the post on his Insta story and wrote: “Was asked to ‘stand’ all green faced.” However, later Vicky posted another story on his Insta which again featured a ball with eyes, nose and mouth drawn on it. Kaushal wrote: “It was great working with you too.” Replying to his post, the actress wrote: “Someone’s done a gooood job making me look like one virus. Thanks, I am touched with this. Lovu.”

Meanwhile, on the work front, Rashmika has Animal, co-starring Ranbir Kapoor. Apart from 'Animal', Rashmika will be making her much-awaited Bollywood debut with 'Goodbye' opposite Amitabh Bachchan. She also has the sequel of 'Pushpa' in her kitty. along with 'Mission Majnu' opposite Sidharth Malhotra and 'Varisu' with Vijay Thalapatty.
Tags : vicky kaushal Rashmika Mandanna