Sam Bahadur : Vicky Kaushal to begin shoot from this date 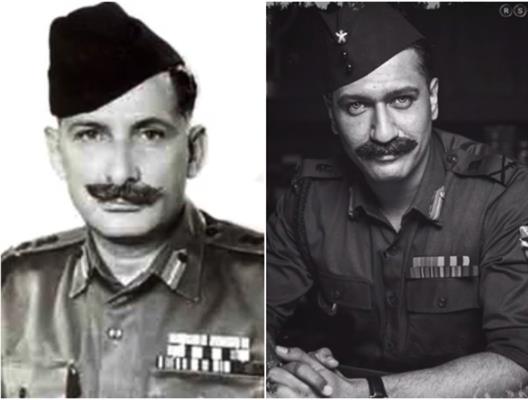 The movie is reportedly set to role from March.

Directed by Meghna Gulzar and made under Ronnie Screwvala’s RSVP Movies banner, Sam Bahadur is a biopic film based on the life of late Field Marshal Sam Manekshaw, one of the most decorated army officers in India. Vicky Kaushal plays the lead.

Known for his incredible valor and determination and respected for his unparallel service to the nation, Sam Manekshaw has been awarded with Padma Bhushan, Padma Vibhushan, and a Military Cross for gallantry (World War II). He was also the first army officer to be promoted to the rank of a Field Marshal in the Indian Army.

Currently, Vicky is busy shooting for Laxman Utekar’s yet to be titled project with Sara Ali Khan.