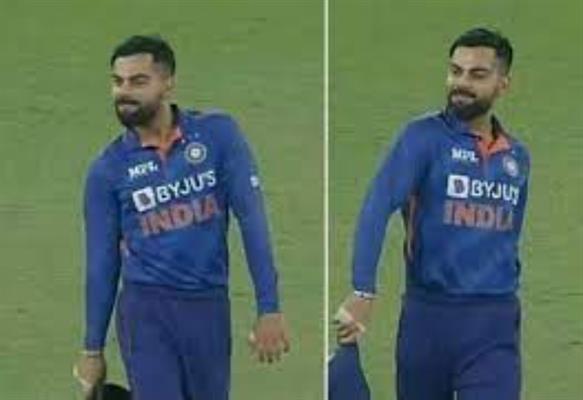 It has been about 2 months since Allu Arjun’s Pushpa released but the craze around the film ceases to die down. Several Bollywood celebrities and cricketers shared videos of themselves dancing to Pushpa songs or lip-syncing to its iconic dialogues.

A video of Virat Kohli's unique 'Srivalli' song celebration he did in the 2nd ODI against West Indies after taking an extremely difficult catch, got viral on the internet.

After the successful catch, Kohli was seen celebrating it with a trending 'Srivalli' hook step, which has broken the internet.

After extending its theatrical run and getting amazing response at the BO, the Hindi version of the movie had marked its OTT debut on Amazon Prime Video. Pushpa managed to set massive record not only at the box office but also with high viewership on OTT platform.

With the massive success of the film, Allu Arjun has become the viral sensation and a big name in across the nation.