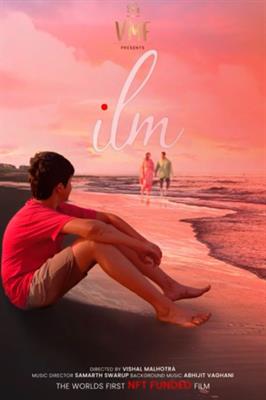 Vishal Malhotra Films is making a cultured entry with a new film called 'ILM,' an Urdu word which means ‘Knowledge’. The film is NFT funded making it one of its kind in the world.
'ILM' depicts a story about the relationship between an 11-year-old and his grandmother, who resides in Aksa Village in Mumbai. Unfortunately, the boy's parents died in an accident six months ago, due to which the boy has shut himself down. The only thing that gives him any happiness at all is making portraits of his grandmother. But what happens when the grandmother is also about to be taken away from the boy? Will he manage to save his grandmother?
Vishal Malhotra is a very successful actor in the Indian Film and TV Industry for the last 27 years. Some of his very successful works are Disney’s Vickey aur Vetaal, Ishq Vishk, Jannat, Kismat Konnection, Salaam-e-Ishq, IPL Host, Anchoring India's top shows and many more Ad films.
In the words of Debutant Director, Screenwriter and Actor Vishal Malhotra, "This is a proud moment for India and us Indians, as the World's First NFT funded film is coming from our country. The entire film industry is very excited about it.
As it is my debut direction, it was a great experience to learn and understand how difficult it is to hold the torch of such a big responsibility. Directing a film is a very subjective thing as you are literally showing the audience how you see the world through your own lens. And the way I see ‘ILM’ is that it involves happiness, grief, trauma, fear and struggle. And I hope to convey these feelings to the audience and wish that they will feel these emotions just as I did while I was directing it."
Several well-known faces in the film industry will be a guest appearances. The grand premiere is on the 22nd of May. The film will be released on an OTT platform.
‘ILM’ is Vishal Malhotra's directorial debut, and the screenplay is written by Vishal as well. The film involves some beautiful music in the film as the music is directed by Samarth Swarup, and the background music is provided by Abhijit Vaghani.
Tags : Vishal Malhotra